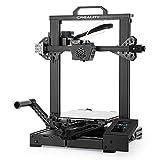 Creality CR-6 SE Leveling-Free 3D Printer with Meanwell Power Supply Silent Motherboard and Dual Z-axis Build Volumn 235x235x250mm
Check Price
More Info Product prices and availability are accurate as of the date/time indicated and are subject to change. Any price and availability information displayed on Amazon.com at the time of purchase will apply to the purchase of this product. Prices exclude delivery.

We are all wondering what the new CR-6 is like. Is it better than the CR-10 and Ender 3? Read on to find out…

3D printing is now accessible to almost anyone. 3D printers that were once very expensive are now more affordable, and as such, creators around the world have a lot of options when picking a new 3D printer. Creality has in recent years built a strong reputation as a top manufacturer when it comes to budget 3D printers.

Although the Chinese company has produced a lot of 3D printers, the CR-6 looks set to be considered one of the best in its lineup. I’ll be looking at some of the reasons why this is the case in this review.

I’ll start by giving you a list of technical specs, then move over to features. I’ll also have the pros and cons of the CR-6 and give you details on how this printer works, set up, and what to expect once you get started with it. Onwards with the review…

The CR-6 offers an array of top of the line features even for its mid-level price. Some of the most notable ones to note include:

As you can imagine, the CR-6 ships in a large, sturdy box since it is already almost fully assembled. Just like with all its printers, Creality also does a pretty good job as far as packaging goes. There is a lot of black foam inside there that ensures all the components of the printer stay safe.

Additionally, additional goodies are inside there too. First, you will have the two main components of the printer, the gantry, which sits on top of the box, and the printer base, which sits at the bottom of the box. You will also get a quick start guide or manual from the manufacturer, a warranty card, and a full spool of white PLA (1 KG). The box also has a 4.3 inch LCD touch screen, a spool holder, and a power chord.

The CR-6 doesn’t ship with a lot of parts or goodies. This is done on purpose. The goal for Creality was to create a user-friendly printer that can print right out of the box. As such, they had to assemble most of the parts at the factory.

This, therefore, means that most of the things you’d need to get this printer up and running are already installed. Nonetheless, you will notice that the CR-6 has an inbuilt tray at the base. The tray holds a few tools, too, including a small spatula, some screws, printer nozzles, and needles to clear clogs, some clips, and a few stickers. There is also an 8GB MicroSD card in the tray, a USB Card reader, a closed and open wrench, Allen keys, and a small clipper.

The CR-6 is probably one of the most user-friendly 3D printers for beginners. The unit ships were partly assembled. It takes only four steps to get it up and running. Once it’s out of the box, the first thing will be attaching the gantry to the printer base. It’s simply a matter of screwing up a few screws, and you are done.

The next step is to attach the LCD touch screen display. Again, it’s all about screwing it up. Finally, you will need to also screw in the spool holder, and that is it. This takes less than five minutes to do, and considering that the quick start guide inside the box is very clear on how to go about this, it shouldn’t be a problem for anyone.

The CR-6 is also fitted with an automatic bed leveling feature that allows you to level the platform easily. According to most reviews on Amazon, it takes less than a minute or two to level the bed. Because of all the factors above, the CR-6 is rated as one of the most beginner-friendly 3D printers out there.

The CR-6 features proprietary slicer software from the manufacturer. At first glance, the slicer looks very interactive, and a lot of customers feel it’s relatively easy to use. However, the great news about the printer is that it is also compatible with third-party slicers, including Repetier Host, Cura, and Simplify 3D.

When it comes to print quality, Creality does not disappoint. We saw it in the Ender 3, the Ender 5, and the CR10 that printing quality is simply exceptional. The CR-6 is not any different. Based on the review we managed to analyze from Amazon, there is no doubt that this unit delivers excellent results.

We also noticed that the CR-6 is relatively faster, so it shouldn’t take you hours on end to print objects. This printer, according to the manufacturer, also produces noise levels of less than 50 Decibels. For a mid-level 3D printer, this is relatively quieter compared to other printers out there.

Creality’s customer support is known to be a bit slow, partly due to time zone differences. They are also keen to help you fix issues and send spare parts rather than send outright replacement printers. That being said, the online communities of users for Creality models more than makes up for this. There are dedicated message boards, reddit communities and facebook groups set up for specific Creality models. The CR-6 is new and so lacking slightly in this respect, but give it a few months and the CR-6 communities will grow.

The CR-6 is simply a 3D printing workhorse that offers so much. This mid-level printer comes with a relatively large build plate, an interactive 4.3-inch touch screen display, and a simple modular design for quick set up. The CR-6 also offers automatic bed leveling and a simple 4 step set up process, making it the most beginner-friendly 3D printers you can buy.

We also loved that the quality of the printed objects is superb. However, this unit does have some shortcomings. The first one is poor customer support. Secondly, we also saw some complaints from users that loading filament is problematic in some cases. But despite this, the CR-6 is worth the money. If you are simply looking for a reliable, high quality, and well-built printer, this unit will give you outstanding service! 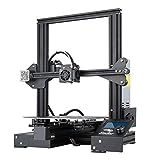 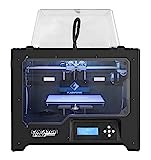 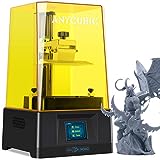 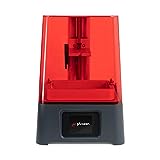